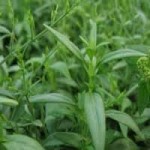 substantial release of neurotransmitters, which result in various clinical features resulting from

lethal than those of snake venom.

It causes, delay in closing of neuronal sodium channels, which results in “autonomic storm”

Extract of the famous Ayurvedic herb Kalmegh was obtained and Swiss albino mice were used.

increased both in vivo and in vitro.

THIS STUDY DEMONSTRATES THAT, BOTH PLANT EXTRACT AND ANTI-SCORPION

VENOM HAVE THEIR OWN SCORPION VENOM NEUTRALIZING ABILITY, BUT THEIR

COMBINATION IS MOST EFFECTIVE IN VENOM NEUTRALIZING ABILITY.

Coronavirus: Putin says vaccine has been approved for use