What structural features of the SARS-CoV-2 virus allow it to attack human cells and spread so efficiently? We round up some of the key emerging evidence.
The new coronavirus, called SARS-CoV-2, has caused more than 168,000 infections globally, leading to the health condition COVID-19.

In an effort to understand the nature of this highly contagious virus, researchers have been drawing comparisons with the SARS coronavirus (SARS-CoV) — the causative agent of severe acute respiratory syndrome, better known as SARS.

Spike protein on the new coronavirus
Spike proteins are what coronaviruses use to bind to the membrane of the human cells that they infect. The binding process is activated by certain cell enzymes.

SARS-CoV-2, however, has a specific structure that allows it to bind “at least 10 times more tightly than the corresponding spike protein of [SARS-CoV] to their common host cell receptor.”

Partly, this is due to the fact that the spike protein contains a site that recognizes and becomes activated by an enzyme called furin.

Furin is a host-cell enzyme in various human organs, such as the liver, the lungs, and the small intestines. The fact that this enzyme resides in all of these human tissues means that the virus can potentially attack several organs at once.

SARS-CoV and coronaviruses in the same family do not have the same furin activation site, some studies have shown.

The “furin-like cleavage site” recently discovered in SARS-CoV-2 spike proteins may explain the viral life cycle and pathogenicity of the virus, say researchers.

Prof. Gary Whittaker, a virologist at Cornell University, in Ithaca, New York, also examined the spike protein of the novel coronavirus in a new paper, which is awaiting peer review.

SARS-CoV and SARS-CoV-2 share 86% of the same genomic sequence. SARS was deemed “the first pandemic of the 21st century” because it spread quickly from continent to continent, causing more than 8,000 infections in 8 months — with a 10% case fatality ratio.

So what makes the new coronavirus so much more infectious? We take a look at some of the latest evidence that helps answer this question.

Specifically, a few genetic studies have investigated the microscopic structure of the virus, a key protein on its surface, and a receptor in human cells that may, collectively, explain why the virus can attack and spread so easily.

Other studies have seconded the idea that the furin cleavage site is what makes SARS-CoV-2 transmit so efficiently and rapidly.

Researchers have drawn parallels between SARS-CoV-2 and the avian influenza viruses, noting that a protein called haemagglutinin in influenza is the equivalent of the SARS-CoV-2 spike protein and that furin activation sites may make these viruses so highly pathogenic.

Key receptor on human cells
Spike proteins and furin activation sites are not the whole story, however: The human cell also contains elements that make it vulnerable to the new coronavirus. 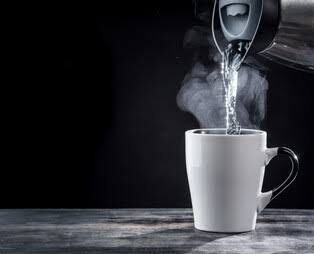 What are the benefits of drinking hot water

What are the benefits of drinking hot water