The 2018 Nobel Prize for Medicine or Physiology has been jointly awarded to US and Japanese immunologists James P Allison and Tasuku Honjo.The two men won the prize for their landmark discovery of “cancer therapy by inhibition of negative immune regulation”.Their breakthroughs take advantage of the immune system’s ability to attack cancer cells by releasing the brakes on immune cells.As well as enjoying science’s highest honour, the two winners will share the prize of nearly €900,000.Mr Allison, who is Professor and Chair of the Department of Immunology at MD Anderson Cancer Centre at the University of Texas, studied a known protein, CTLA-4, that functions as a brake on the immune system’s killer T-cells.According to the Nobel Assembly, he realised the potential of releasing the brake and unleashing our immune cells to attack tumours.His 1994 experiment was spectacularly successful, with mice with cancer cured by treatment with the antibodies that inhibit the brake and unlock anti-tumour T-cell activity.He then developed this concept into a new approach for treating patients.In 1992, Mr Honjo from Kyoto University, separately discovered another protein on immune cells called PD-1 and revealed that it also operates as a brake, but with a different mechanism of action to CTLA-4.Therapies based on his discovery proved to be strikingly effective in the fight against cancer when put to the test, particularly during a key study in 2012.Several patients with metastatic cancer, previously thought to be untreatable, saw long-term remission and possible cure.

Prior to the discoveries made by this year’s Nobel Prize for Medicine or Physiology winners, progress into clinical development of new cancer treatments was slow.However, “immune checkpoint therapy” as it is known has since revolutionised the battle against the disease, and has fundamentally changed the way we view how cancer can be managed.In particular, it has reduced reliance on so-called blunderbuss treatments, chemotherapy and radiotherapy.Checkpoint therapy using PD-1 has proven more effective and positive results are being seen in several types of cancer, including lung cancer, renal cancer, lymphoma and melanoma.But new studies suggest combining a therapy targeting both CTLA-4 and PD-1 can be even more effective, particularly in patients with melanoma. 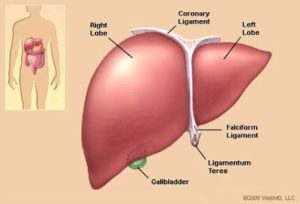 Study links exercise to the prevention of liver cancer

Why eating yogurt may help lessen the risk of breast cancer

The Brains of Meditators Respond Much Differently To Pain – Huge Implications